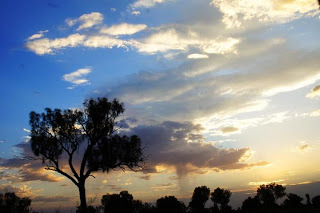 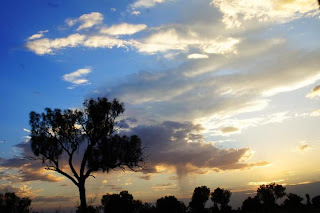 I hope the New Year is off to a great start for everyone.  Here in Los Angeles we are laughing at ourselves at how we cannot take this cold snap ~ our friends and family in more northern climates are chuckling too, as they are used to below freezing for this time of year.  Angelenos, it seems, are mightily “put out” when the temps get below 85! 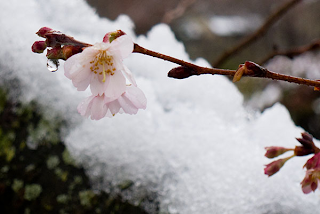 Otherwise, we’ve been lucky out here so far (knock wood) this winter.  I had a most marvelous Christmas season, with luminous Hilonesome Band shows mixed with a lot of great singing at my beloved All Saints in Pasadena.  The cool new thing was that our Christmas Eve service was streamed on the web, so friends in other parts of the country (and city) who couldn’t attend could watch and hear the whole thing on the internet.  It was great to hear from them how much they enjoyed the music and it’s great to be able to share it this new way.
Now, as I write, we are thick into the campaign to release our new album “White Swan.”  We’ve set our CD release concert at the venerable McCabe’s Guitar Shop (www.mccabes.com) for Sunday, March 3rdand you’ll be hearing more about that below and next month.  Also, we received a nice new review on the album just a few days ago:

“Glaze and company have done a wonderful job of charming us in the past but now it seems like her recent vintage live set was to clear the palette before the next stage was set. A bluegrass crew that could easily stand toe to toe with Union Station, this crew has elected to widen the lens and take newgrass into the wide open mixing in Celtic, folk, roots, Americana and a full range of indigenous sounds that blend into a wonderful down home, home grown stew. Boldly powering their way down their own new cut road, if you haven’t had the chance to enjoy the Glaze sound yet, this is the place to jump in to be totally blown away. This is the perfect record for anyone that’s ever wondered what the big deal about roots/Americana is to find out what‘s what.”
Chris Spector for Midwest Record

And from Folkworks:
“Exceptional musicianship…stunning, timeless ballads…like a clear mountain stream is the pure, clear voice of Susie Glaze…this is one gorgeous album – a ‘must discover.’”

Here’s some writing from our liner notes:

Stories of tragedy and transcendence ~ the overpowering confrontation with one’s destiny ~ the sweet pathos in losing love and growing older ~ this is the human condition that gave rise to the urge to create folk songs from the earliest ages of human history…With the introduction of new evocative writing by our Rob Carlson, integrating historical elements along with new and deeper complexity in music, our sound has made a most interestingly subtle shift: we’ve cast a wider net to find a sound unlike anything we’ve done before. What is here is a true melting pot of influences that move us, from bluegrass to country to Celtic to Appalachia, and we’ve found our true home in this, our new, unique sound.

The innovation of this formerly-bluegrass band is taking them to a distinctly folk-driven American music that contains the sounds that came to America with the first immigrants:  Appalachia, old-English balladry, Irish barn-burner fiddle music (the outro of “White Swan” which was penned in the studio) and tender stories of family and legacy (“Harlan County Boys”).

Lead guitarist Rob Carlson’s original songwriting is again a main focus of this album with four new songs, and some of the most sophisticated folk music on the scene today.  The eclectic range takes the listener from bluegrass (“Little Rabbit”) to pensive country (“Evangeline”) to Bossa Nova (“April Fools”) to Celtic-inspired torch song (“Dark Eileen”).  The album begins with a newly-interpreted “Mill Worker,” James Taylor’s classic, introduced by Mark Indictor’s beautiful fiddle on the traditional “Si Bheag, Si Mhor.”  Indictor’s fiddle is featured again on Carlson’s new take on the old “Polly Vonn” story, this time as the title track “White Swan.”  Jean Ritchie’s little-known but powerful “The Soldier” sends a message about the costs of war on the soul.
Also included is a recording originally appearing on Susie’s “Singin’ The Moon Up” Jean Ritchie tribute, the great “Lord Thomas and Fair Ellender (here as “Fair Ellender”), one of the most well-known of the original “Child Ballads” developed by Ritchie. Susie on the haunting lead vocal is joined by Ritchie sons Peter and Jon Pickow, and famed East coast fiddler, Kenny Kosek.
**************************************
The album is now out for pre-release review and will be posted for sale on line after the official release date, March 19th.  I’ll make sure to let you know when it’s out there!  Until then, if you’re in the area, please come out to a show and pick up a copy from us!  We’ve made commemorative posters of the album art which we’ll have signed and available for collecting also.  The album cover is getting a lot of nice attention ~ our graphic artist Anita Atencio again did a magical job on our package design.

We’ve got nice things going on during January and February, so please read below.  We hope to see you at a show and please stay tuned for more news of “White Swan.”
Susie and the Hilonesome Band