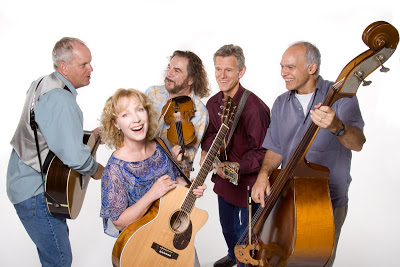 The brilliant Autumn color has really turned on in our neighborhood, and even though the days are so short of light, those golds and reds cheer my heart.
We welcome Steve Rankin back to the fold for our two December shows, our last of the year, at two wonderful venues ~ the first at the Grand Annex in San Pedro on December 3rd and the amazing Claremont Folk Music Center on December 10th. If you’re in the area, you should see the Claremont Folk Music Center just for the sheer museum of musical instruments from around the world.
In the last couple of weeks the band and I have been doing some lovely work on a new song from Ernest Troost, “Harlan County Boy” which is a natural hearken back to the Carter Family classics.  We will be doing a new studio album next year and hope this one makes it on that collection, which will include four new songs from Rob Carlson, another of Ernest’s (“Evangeline”), a classic from Steve Werner, Jean Ritchie’s gorgeous “The Soldier” and a song I’ve been aching to do for a long time, James Taylor’s “Millworker.”  Also, for those of you who have been asking for years now for a recording of Steve singing Steve Earl’s “Me and the Eagle” and Fred’s “Grand Daddy’s Chair” you will get your wish on this one ~ it’s time for those to hit the light of day!
I’ve been really enjoying a great read recently bought and currently relishing, Judy Collins’ new book “Sweet Judy Blue Eyes.”  I had the pleasure recently of seeing Judy in concert here in LA and it made me want lots more of her.  Her new album “Paradise” is also really wonderful and I recommend both the book and new recording to you Judy fans out there.
I’ve also been busy planning for the band for 2012. There are some exciting things happening…we start the year with the trio playing at the NAMM music industry convention in Anaheim at the booth for Shubb Capos for which we are representative artists. February will find us on the bill once again at the San Francisco Bluegrass and Old Time Festival as well as sharing a bill at the Palms Playhouse with a wonderful Northern California band Houston Jones. We then scurry off to Memphis, Tennessee for the International Folk Alliance Conference for which we’re official showcase artists. Lots of other great things coming for 2012, so please stay tuned!  We will probably be going into the studio this summer so should have the album out by this time next year or early 2013.  Be sure to visit Our Website and our YouTube channel for some very cool show video.
We send you all love, and best wishes for a fun and happy holiday season,
Susie and The Hilonesome Band