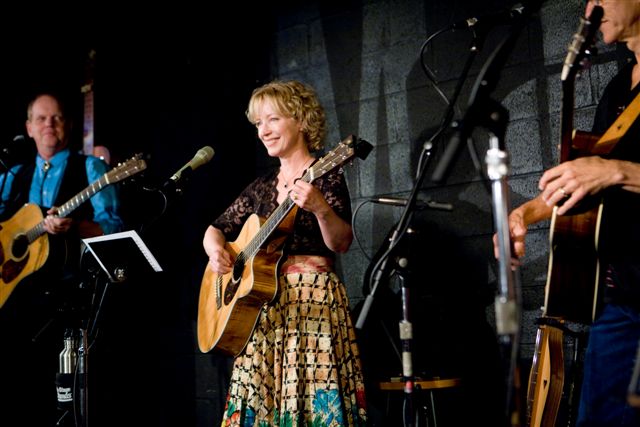 Our show at McCabe's Guitar Shop on July 15 was a huge success!  Big thanks go to Wayne Griffiths in the sound booth for giving us the best sound support we've ever had, and Lincoln Myerson at McCabe's for inviting us to play.  It was an awesome night!  Here are some photos from Cam Sanders Photography, and videos are on the way!  We were asked back on the spot and will premier our new CD "White Swan" at a CD release concert there in March 2013.

"I can’t say enough how much I enjoyed the show, your sets, your selections and the SOUND!  I came for the Sound and you guys and the mixer did not disappoint.  Your voice and the band, not[e] for note, just rang effortlessly thru that hall.  Everyone member of your crew had many moments to shine, but I always leave your shows with your voice in my ear.  What a room.  Your warmth and the room are a distinct match."

"…It was awesome.  And what a great crowd you had.  The place was packed…Again,  what a great show.  You were great and the band was just wonderful."

"Susie Glaze has one of the most beautiful voices in bluegrass and folk music today.  She performs a song straight from her heart and soul."    KPFK's FolkScene

"With her band the Hilonesome, her strong heartfelt voice makes each song an engaging story worthy of listening and savoring.  This concert recording captures the intimacy and powerful connections that can be made when an audience is in synch with the artist .. The band weaves an intricate web around Susie's vocals and the powerful stories are matched with Rob's dobro and Mark's fiddle.  Rob Carlson's instrumental skills on guitar and dobro are powerful propellants in the band's sound but he is also a talented songwriter with an ability to capture vignettes of time and place.  Susie Glaze and The Hilonesome Band may be based in California, but this album shows they're ready to take over the country!" California Bluegrass Association

"…like a finger sweep aside a lover's temple.  The ethereal beauty of Susie Glaze's acappela vocal reaches out across time from an Appalachian hollow.  In less than 30 seconds with an empathy that speaks volumes is the warning of the frailty of love, possibly won or loss."  Noel Barr, Random Lengths

"…with people like this to trust, my music will go on living, and soaring. And so will I."     Jean Ritchie