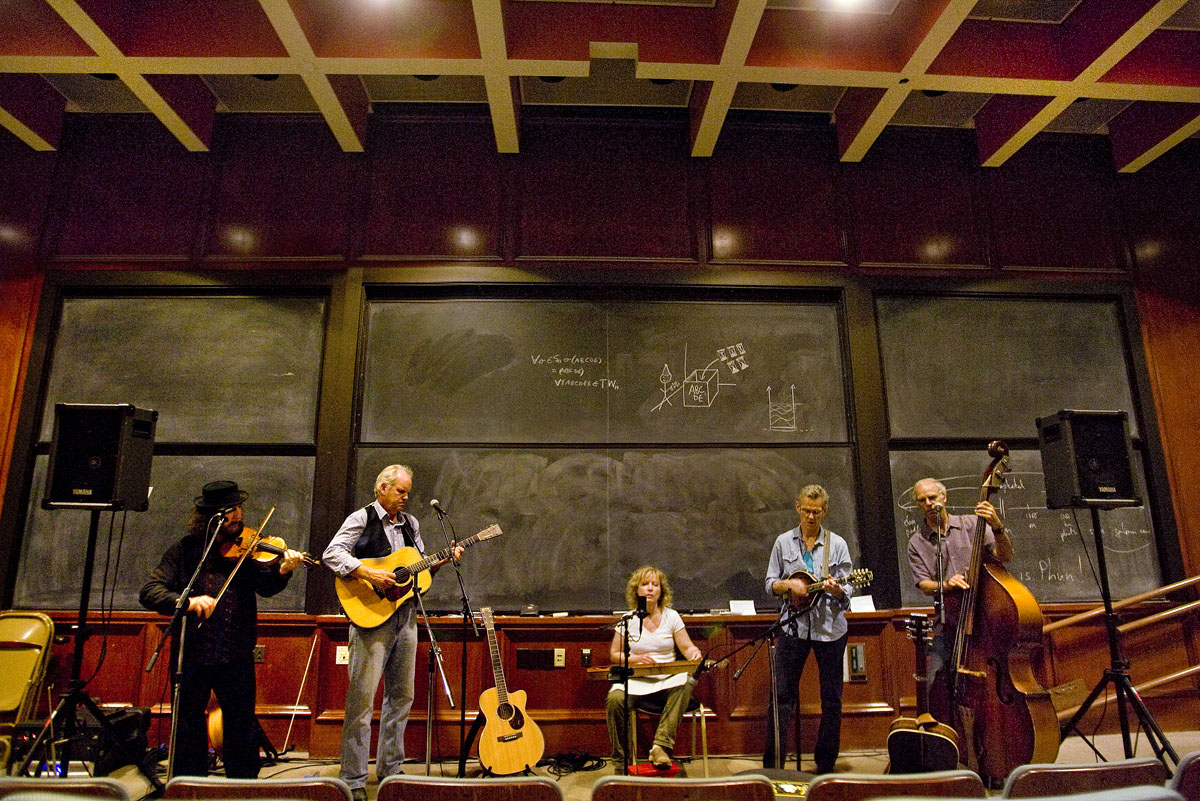 "May Day Day" From Jean Ritchie:

Cold and dark the winter, in March it snows again
Through the rains of April, spring comes stealin' in
Smilin' 'oer the meadow in the risin' light of day
Beauty is reborn again every first of May!

Folks are cold and distant, the world's about to freeze
Never has the world known harder times than these
Suffering world forgive me and grant me just a day
I cannot help but hope again, every first of May!

April was a fantastic month ~ there was only one show for us, but it was a doozie!  Our concert at CalTech's Folk Society at the Beckman Institute Auditorium on April 16th was a near sell-out, thanks to some wonderful press from the Pasadena press:  Bliss Bowen of the Pasadena Weekly and Michelle Mills of The Pasadena Star-News (and "Scene" Magazine) produced two very nice feature stories on us and the public responded!  Thanks to Michelle and Bliss!  It turned into a glorious night for us and we also thank Nick Smith and the Folk Society for the invitation to play for a great concert series!  Here is a great photograph (from our sound check) by Eric Rice of "Scene" Magazine.

New Review for "Live at The Freight & Salvage"

Our new album "Live From the Freight & Salvage: Susie Glaze & The Hilonesome Band" is now released!  It's gaining airplay in U.S. and Canada:

And from Brenda Hough of the California Bluegrass Association's "Breakdown":

"With her band the Hilonesome, her strong heartfelt voice makes each song an engaging story worthy of listening and savoring.  This concert recording captures the intimacy and powerful connections that can be made when an audience is in synch with the artist .. The band weaves an intricate web around Susie's vocals and the powerful stories are matched with Rob's dobro and Mark's fiddle.  Rob Carlson's instrumental skills on guitar and dobro are powerful propellants in the band's sound but he is also a talented songwriter with an ability to capture vignettes of time and place.  Susie Glaze and HiLonesome may be based in California, but this album shows they're ready to take over the country!"