Happy Holidays Friends, Far and Near!

We end the year in deep gratitude for all of our friends and family, and especially all the fans who have made our year so great.  We love you all!

Our last show of the year is coming up on December 15 as we join forces with the Enterprise Blues Band to celebrate the holidays and have some REAL BIG FUN with a rocking bunch of hilarious songs and great music, at The Coffee Gallery Backstage in Altadena, California.  Show starts at 7:00!  This is a small listening room and this is a BIG show, so call for reservations at (626) 798-6236. The Coffee Gallery is located at 2029 North Lake in Altadena, California.  We hope you can join us!

Visit the Coffee Gallery Website Here
From their website:  “On December 15,The Coffee Gallery Backstage welcomes back two favorite bands, blended together to form one great night of intergalactic and soaring roots music!  If you are a Trekkie, this appearance at The Coffee Gallery Backstage is a rare one that should not be missed. And even if you are not a Trekkie, the music is irresistible. Opening with her wry sense of humor is stand-up comedian Chris Edsey. The Enterprise Blues Band will be joined by New Folk Ensemble players Fred Sanders on bass, Mark Indictor on fiddle and Susie Glaze vocals. Come on out and enjoy the space ride and Live Long and Prosper!” 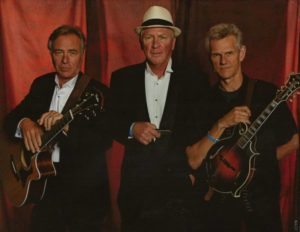 The Enterprise Blues Band is Casey Biggs, Vaughn Armstrong and Steve Rankin
This unique Star Trek ensemble band was formed by the three actors Vaughn Armstrong, Steve Rankin and Casey Biggs, who between them have played over 20 different characters on all of the various television series of Star Trek. With Vaughn on harmonica, ukulele and an occasional kazoo, Steve on mandolin and guitar, and Casey on guitar, they play what they refer to as Intergalactic Roots Music. Performing at Star Trek Conventions in Australia, Europe, Canada and the US and via Internet and Star Trek Radio, their music has been heard all over the world. Their concerts are always sold out and are one of the biggest highlights of the conventions delighting fans everywhere.

And coming up in January, we’re pleased to be sharing two great evenings with the incredible singer/songwriter, Oregon-based Lauren Sheehan.  We’ll be appearing with Lauren to present two shows of Americana-Traditional music that finds its roots in the great American folk music songbook.  Visit Our Calendar Page Here for details of these shows on January 11 and 12. 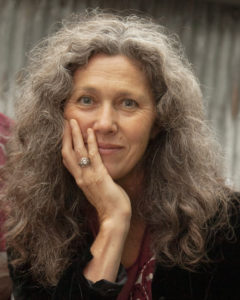