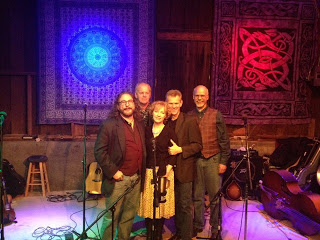 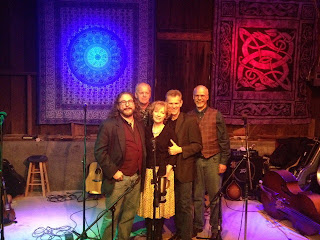 Our first music video is ready and we’re really proud of the great work done by SunDog Studio on this project for our recording of Ernest Troost’s song “Harlan County Boys” from our new album “White Swan.”

Speaking of “White Swan” we have a great new review up on No Depression thanks to Terry Roland ~ here’s an excerpt:
“From the earthy opening fiddle strains on White Swan to the final song’s sweet homage to Appalachian singer-songwriter Jean Ritchie, it’s clear this is not an album to listen to once and put away.  Susie Glaze and The Hilonesome Band have made an album that is a ride through a wide range of Americana meadows and valleys. From skilled instrumentation bluegrass jams, Appalachian vocals, sweet high lonesome harmonies and old-time folk influences, White Swan sings with the richness of a tapestry of American music that weaves together each genre through  song-craft, clear production and authentic performance in such a seamless way, it feels like we’re hearing just one genre; great American music…With an already considerable string of successful albums behind them, White Swan brings Susie Glaze and Hilonesome Band to a new and rare place for a band veteran traditional musicians; a breakthrough album stepping into new musical territory.  As the final track, Jean Ritchie’s “The Soldier,” echoes with the Appalachian fiddle and Glaze’s haunting voice, it’s clear this album is a rare and timeless gem and one of 2013’s best Americanaalbums.” 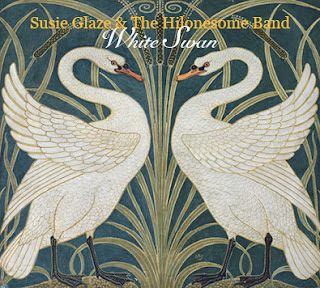 We Have a Pandora Channel!

We’ve gotten our channel on Pandora up and running!  See below news item and link over to the Pandora radio channel!  Pandora Radio for Susie Glaze & the Hilonesome Band

I’m happy to announce that I’ve been put on the roster at Boulevard Music in Culver Cityas a voice instructor, teaching vocal technique for bluegrass and folk music styles in private sessions. Call Boulevard Music to schedule your voice lessons! I look forward to seeing you there! Visit Boulevard Music Online

I’ve started a new column for the online music magazine Folkworks called “Singin’ the Moon Up.”  It’ll be a bi-monthly posting about Appalachian music and often featuring reflections on my friend Jean Ritchie and her music legacy. The new column for May/June has just been published, dedicated to Jean’s fine song “West Virginia Mine Disaster.”

We’re thrilled to be returning to Russ & Julie’s House Concert series in Oak Park on June 1 with our dear friends Jeni & Billy, the great Nashvilleold-time duo.  Both J&B and we have new albums to share and we hope you’ll join us!  It will be a really stellar evening of roots music from the hollars and the fields.  Russ & Julie’s is the premier house concert series in Southern Californiaand we always have a blast with these great hosts! 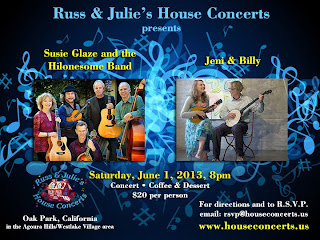