Click Here To Read the Article on LA Weekly

Big thanks go to Jonny Whiteside for naming us the Best New Folk band in Los Angeles in the LA  Weekly’s “Best of LA” series!

“Best New Folk
The Tennessee-born, Los Angeles–based Susie Glaze is an incomparable vocalist with a gift for subtly mixing serene and severe thematics. As leader of her New Folk Ensemble, the veteran tradition bearer and artistic activist’s stated aim is to redefine and fuse the idiom with radically applied new contours. Glaze has enjoyed some critical alliances with major country and folk artists — Roger Miller (with whom she worked on the original run of his Broadway smash hit Big River) and Appalachian folk empress Jean Ritchie, who granted Glaze her explicit legacy blessing. Poised, passionate and with talent to burn, Glaze is a reliably superb musician and singer. —Jonny Whiteside” 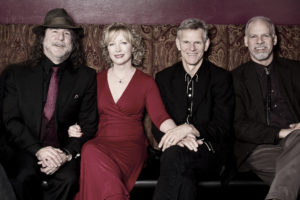